The 2019 statewide meeting was a necessary and important one for MCEA. The business of the union was handled in a productive and efficient manner. The most pressing issue for the union right now is the need to grow the membership. While this is a challenge for any public-sector union, the solution isn’t always that easy. The answer to growing MCEA is organizing but members aren’t trained in that area. Fortunately, the union’s affiliation with AFT and AFT-Maryland provided the resources to teach member-to-member engagement strategies. Destiny Turnboe of AFT and Roosevelt Thomas of AFT-Maryland led those in attendance in workgroups that developed organizing plans. Members were given tips and strategies on how to engage, recruit, and retain new members to the organization.

Later in the day, AFT-Maryland Political Coordinator Todd Reynolds gave an overview of the 2019 legislative session. There were two major focus areas for MCEA. The first was the retiree prescription drug plan. Members and retirees were concerned because a switch in coverage to the plan would mean a huge increase in costs. Last summer MCEA held a press conference that caught the attention of media outlets and state leaders alike. This session, legislators put together a package they believed would help. The deal isn’t as good for MCEA as legislators thought however. Mr. Reynolds informed those in attendance what they can do to try and right this wrong.

Yvonne Phillips of AFT discussed finances with the union. She spoke mostly about guides to providing internal controls of the finances. She also shared that she will be working with MCEA on behalf of AFT to help stabilize MCEA’s finances and ensure the union is on a stable path moving forward. Finally, President Linda Day gave a state of the union address that explained the position the union was in and the path forward. President Day spoke with sobering honesty about the position the union was in, but left the audience with a clear way forward. She also spoke of the need for a shared commitment to the union as well as the work and sacrifice necessary to  help MCEA reclaim past glory. 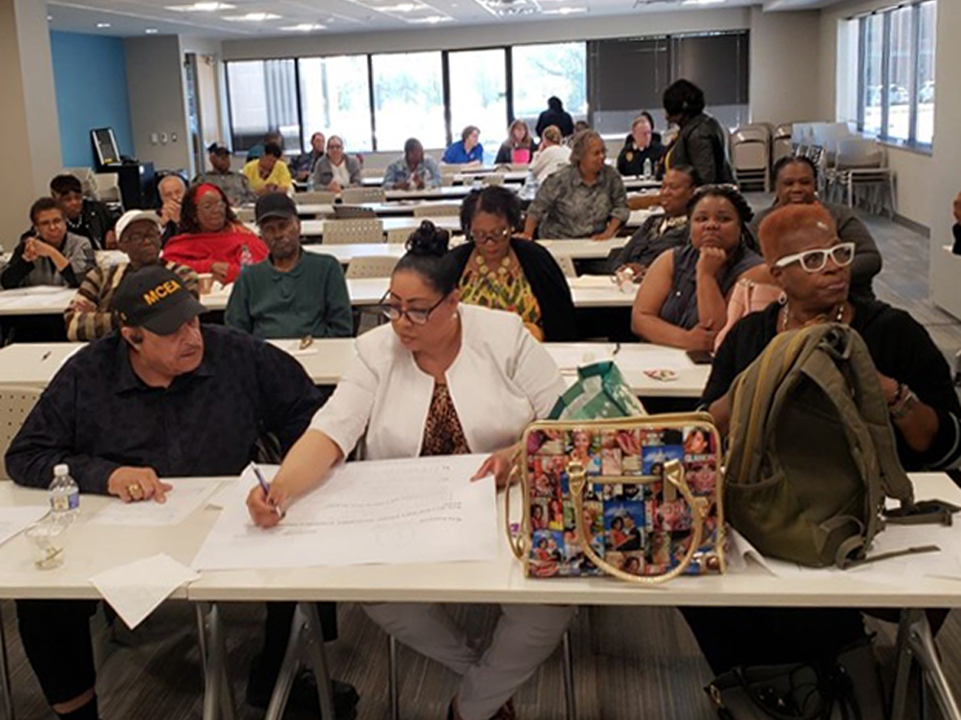 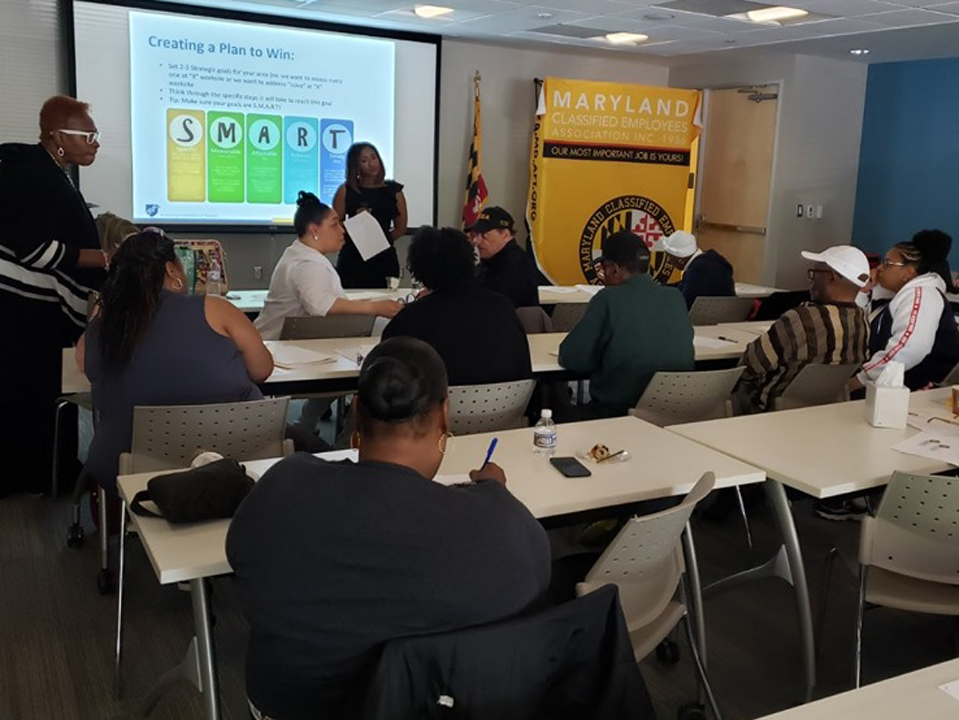 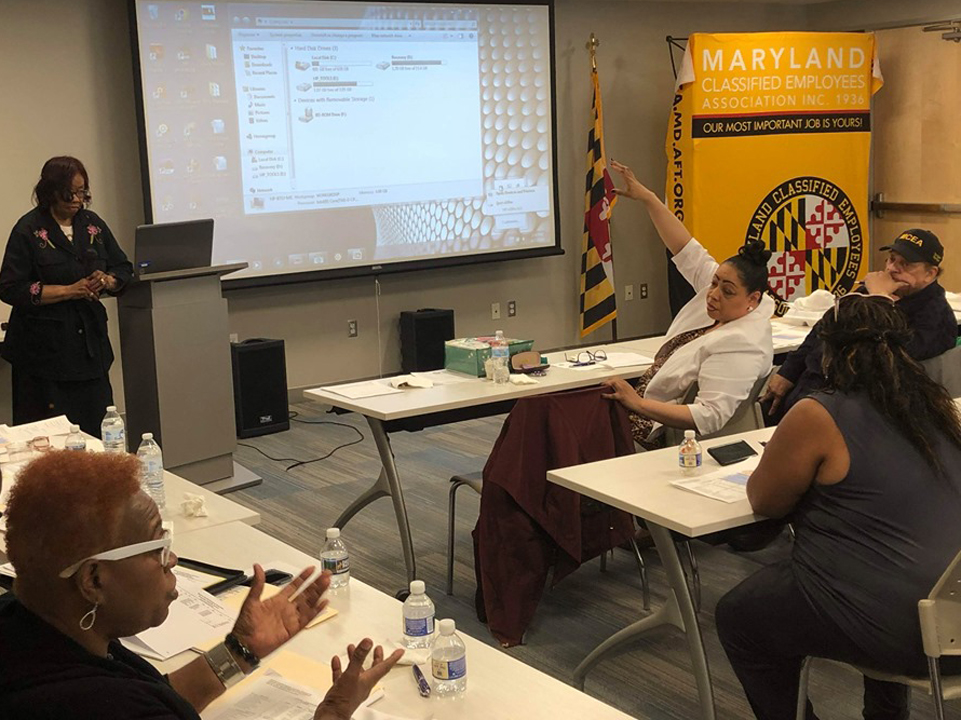 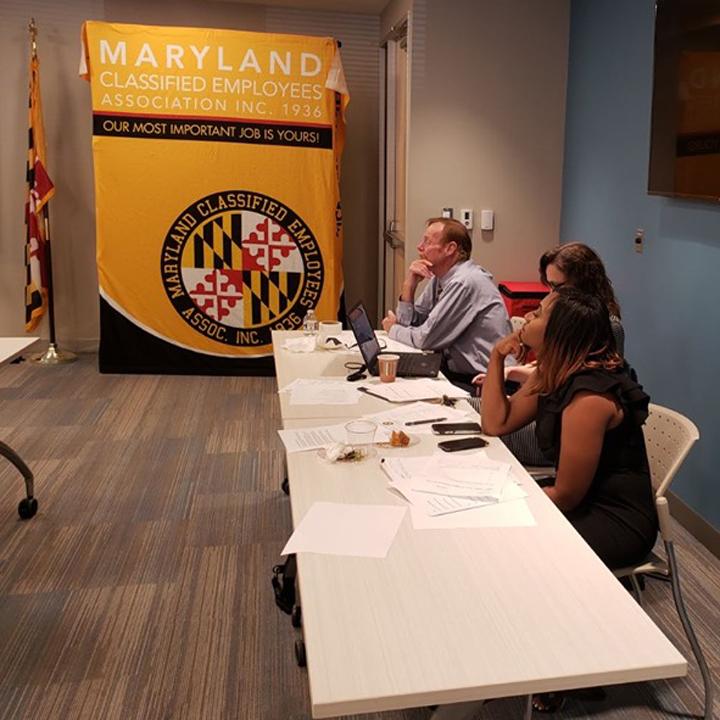 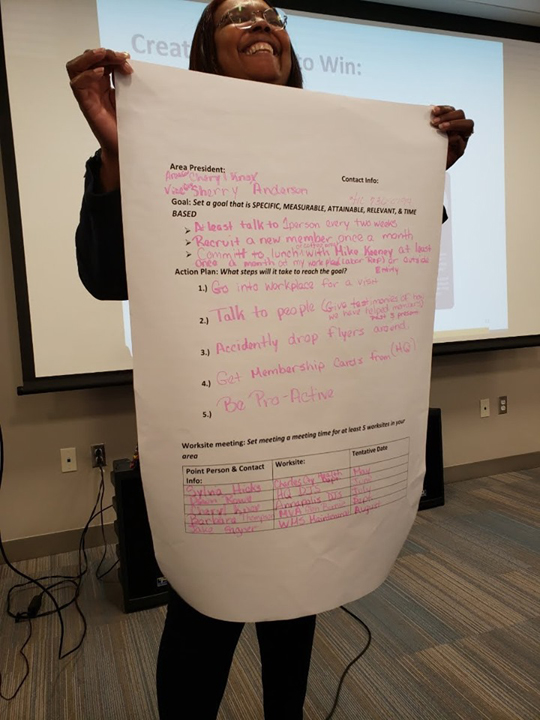 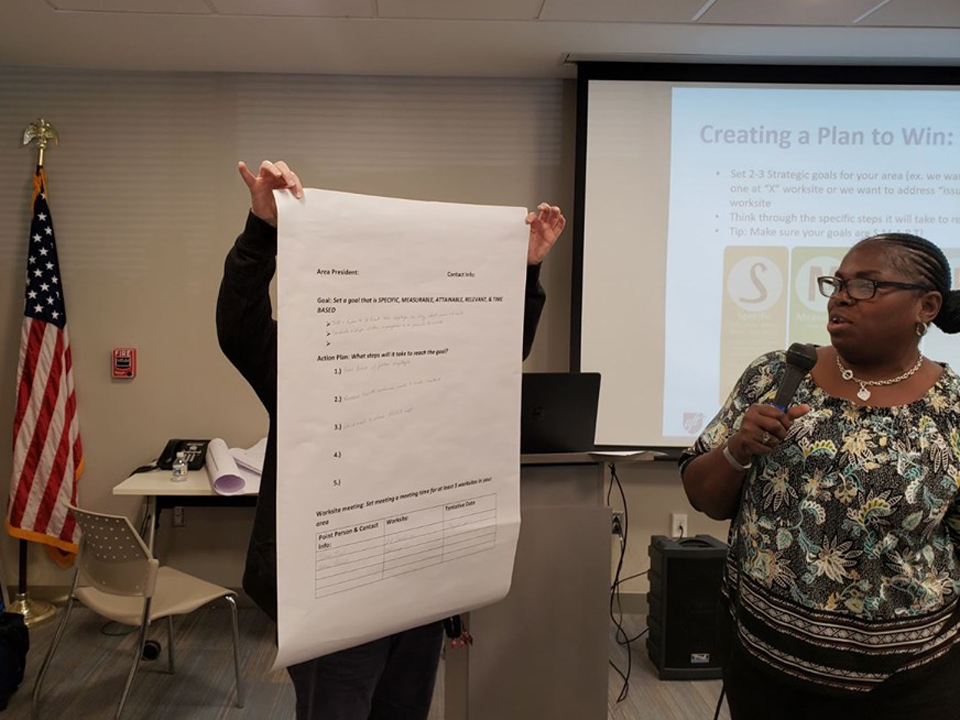